How to live Life to the fullest?

STUDIES found in the book « The Blue Zone » by Dan Buettner, states that 90% of health and longevity is determined by lifestyle. Dan Buettner is an explorer, National Geographic Fellow, award-winning journalist and producer, and a New York Times bestselling author. He discovered the five places in the

How To Educate My Child? 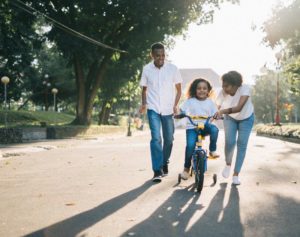 Today's parents may have a hard time understanding and knowing which method is best suited to educate their child. Many parents encounter difficulty with traditions and cultures received from their parents or with the cultural differences of each parent. Choosing the type of education to give becomes hazardous. Even more difficult for the habits of parents are the prohibitions of society and the law. The decadence of the moral fiber of Christian education makes parents - Christians and non-Christians - tremble. Parents are asking "What future for my child?" Here, I will suggest a few approaches.  First, do not feel guilty! Do your best according to your knowledge. Get informed and documented with experts in the field. Activate and exercise your faith in God. The Bible is a great source of common sense education showing examples to follow and those to shun.  Second, each parent should question their cultural heritage and determine what is to be left behind and what to keep as a principle of child education. It is true that our parents did their best. But they have not always made the best choice based on today's knowledge. Third, and more specifically, I suggest to parents not to be dogmatic or dictatorial with their children. 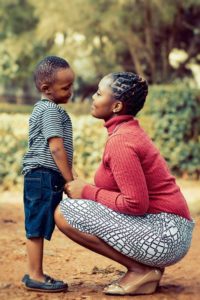 Call them and reason with them. Sometimes our methods reflect so much our fears and our endeavor to protect our own reputation. Thus, the child is placed second in the rank of direct interest, and he becomes a victim of the demands that the parents have on themselves. This is because our discipline is about avoiding shame and embarrassment rather than educating the child to think for one's self. Fourth, each parent wants the best for their child. But it is not a libertine and lax education when the time is given to the child to assimilate the given instruction.  To cultivate, one has to prepare the soil, sow, water, prune and heal a plant. That's why God is so patient with humanity - us. Finally, God is not obligatorily demanding "obedience immediately at any price" even if it is desirable within trust. God rejects forced obedience to human beings capable of reasoning. Love also means to forbid, but in full respect of the person and especially of the child. When the choice is made by the child, the consequences must be explained with measure. Education with love and mutual respect set with boundaries and a code of life is the most balanced for the child. Obedience always brings the best fruit for the one who obeys. Nevertheless, God understands in his patience and love that "obedience" will best be achieved when it is provoked and motivated by the love received. Love is the greatest of the fundamental principles of Christian education and education in general. Lets not forget this one good thing!

Isolated! Part I
If a king had at his disposal four hundred prophets who predicted all he wanted to hear, they would certainly be the most cherished of the kingdom. But if there was one prophet who said the exact opposite of the other four hundred, he would certainly be isolated and unloved. Indeed, a story of this kind happened with the young prophet Micah against Ahab king of Israel, (1 Kings 22). Jehoshaphat the king of Judah was visiting Ahab the king of Israel. Ahab had the desire to conquer the city of Ramoth in the territory of Galaad belonging to the Syrians. He told Josaphat and asked him to go to war with him against the king of Syria. While accepting Ahab's request, Jehoshaphat had the good reflex when he said, "Now consult, I pray you, the word of the Lord. The bad reflex of Ahab had been to call his four hundred prophets. Jehoshaphat realized very quickly that it was necessary to consult the prophet of the Lord and not the prophets of the king. King Ahab knew the prophet Micah. So, why did not he consult him from the start? The reason is simple. Ahab had "a tooth" against the prophet Micah. Ahab did not appreciate his predictions: "There is but one man by whom one could consult the Lord; but I hate him, for he prophesies nothing good about me but only evil: it is Micah, son of Yimla. Unfortunately for Ahab, he rooted himself in his evil ways until he became to hate the word of God and his prophet. Micah was isolated because the king and his court did not want to hear him anymore. Despite all the threats to his life and the attempts of the other prophets to align with their words, Micah was categorical: "By the life of the Lord, what the LORD will say to me, I will proclaim. "
Isolated! Part II
In spite of the mocking conversation between Micah and Ahab, King Ahab again understood that he would not be spared by the word of the Lord from Micah. No one can hope for the approval of God in the pursuit on perilous paths. King Ahab had insulted and ridiculed Micah, and one of the four hundred prophets named Zedekiah had slapped him. At last the king had put him in prison on the basis of a“portion of dry bread and water.” But Micah stood firm and faithful to the Lord and to the transmission of his message. For every young person today, it is an example of courage, loyalty and tenacity in the face of adversity. Sometimes it is better to be alone among thousands and say, "By the life of the LORD, what the LORD will say to me, I will declare it. Yes, it is not easy but it is desirable and it is possible thanks to the strength of spirit that the Eternal God gives to all his faithful ones. God had inaugurated the ministry of the young prophet Ezekiel with these words: "... the whole house of Israel has a hard brow and a hardened heart. Behold, I will harden your face, that you may set it against their faces; I will harden your brow so that you will oppose it to their brow. I will make your forehead like a diamond, harder than rock. Do not be afraid of them, even though they are a family of rebels. He said to me, Son of man, receive in your heart and hear with your ears all the words that I speak to you. Go to the captives, to the children of your people; you shall speak to them, and whether they listen or they do not listen, you shall say to them, Thus says the Lord Jehovah" (Ezekiel 3: 3-11). To Joshua, successor of Moses, as to the disciples of Jesus Christ through the times, God left a word of encouragement: "Only strengthen yourself and have good courage, acting faithfully according to all the law that Moses, my servant, has prescribed you; do not turn away from either right or left, in order to succeed in everything you do. Let not this book of the law depart from your mouth; meditate day and night, to act faithfully according to all that is written there; because then you will be successful in your businesses, then you will succeed. Have I not given you this command: Strengthen and take courage? Do not be afraid or frightened, for the LORD your God is with you in all that you do, "(Joshua 1: 7-9).