Adventist Community Services (ACS) is the official community outreach ministry of the Seventh-day Adventist church in the North American Division territories which comprises of North America, Guam and Micronesia, and Bermuda. ACS serves the whole person, a concept known as holistic ministry whose mission is to “serve communities in Christ’s name”.
The mission of ACS is to serve the community in Christ’s name. This means serving the whole person, a concept known as holistic ministry. The word holistic comes from the Greek word holos, which implies that all the properties of a given system (biological, chemical, social, economic, mental, spiritual, etc.) cannot be determined or explained by the sum of its component parts alone (Liddell & Scott, 1968). Instead, the system as a whole determines in an important way how the parts behave. It also takes into account the root word shalom(peace, well-being, welfare, salute, prosperity, safe, health, perfect, whole, full, just), indicating that our loving God wants us to have a complete, safe, peaceful, perfect, whole, full life. In fact, it is the most important covenant that God made with His children—keeping the covenant relationship is our duty and responsibility as Christians, not only to God but to others. 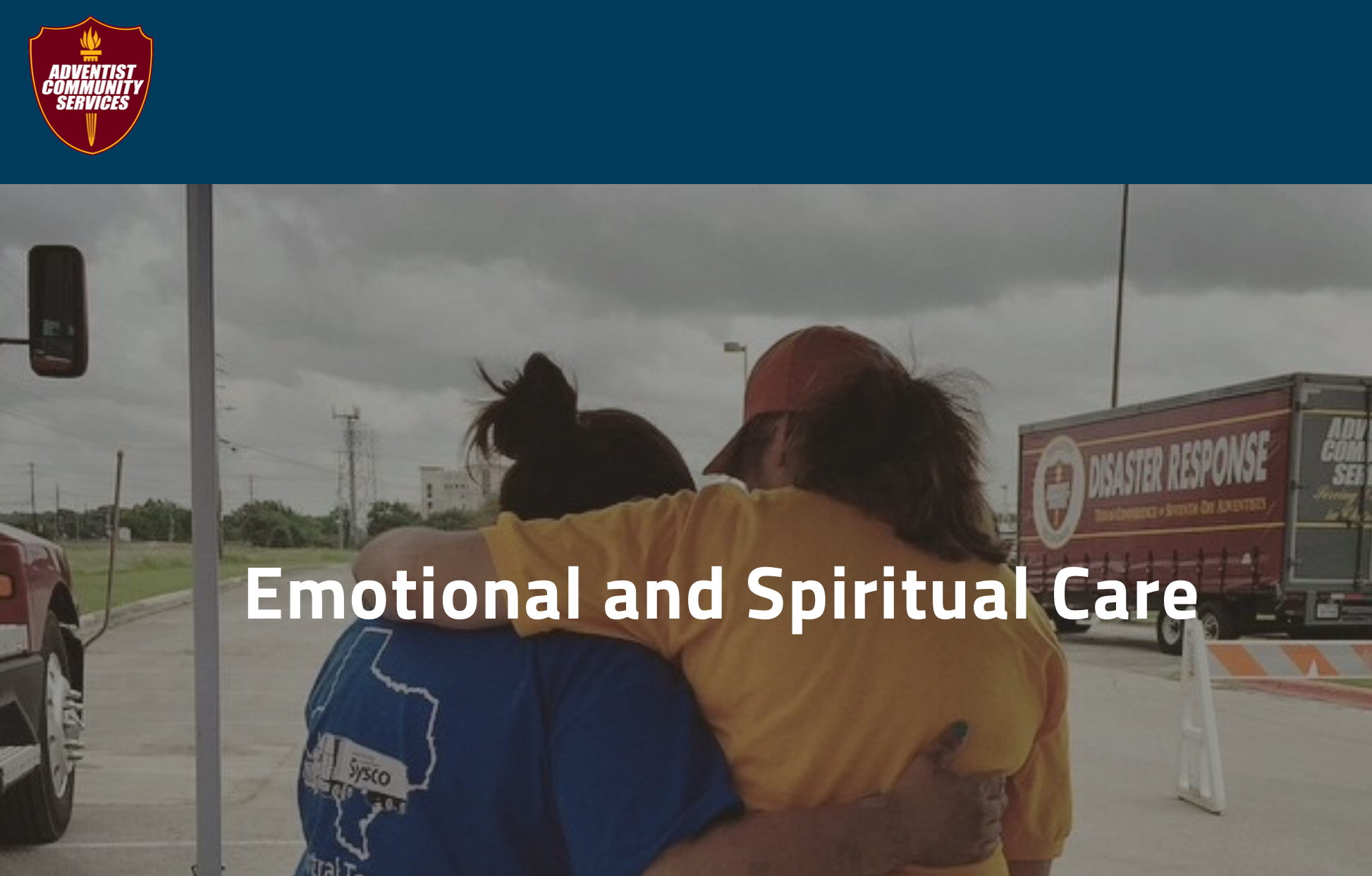 The purpose of holistic ministry is not only to proclaim the Good News, the word of salvation, but also to demonstrate the love of God to people who are in need. Throughout Jesus’ ministry there is evidence of a genuine holistic approach toward humanity; especially people who were marginalized, disadvantaged, and disenfranchised from society. These included the poor, the sick, the unclean, the prostitutes, and tax collectors—all outcasts as sinful people. Jesus expanded the Kingdom of God to places, people, and cultures that the Jews had never considered God to be interested in and has thus set these examples for many (Matt 9:10; 21:31, Rom 14:14). 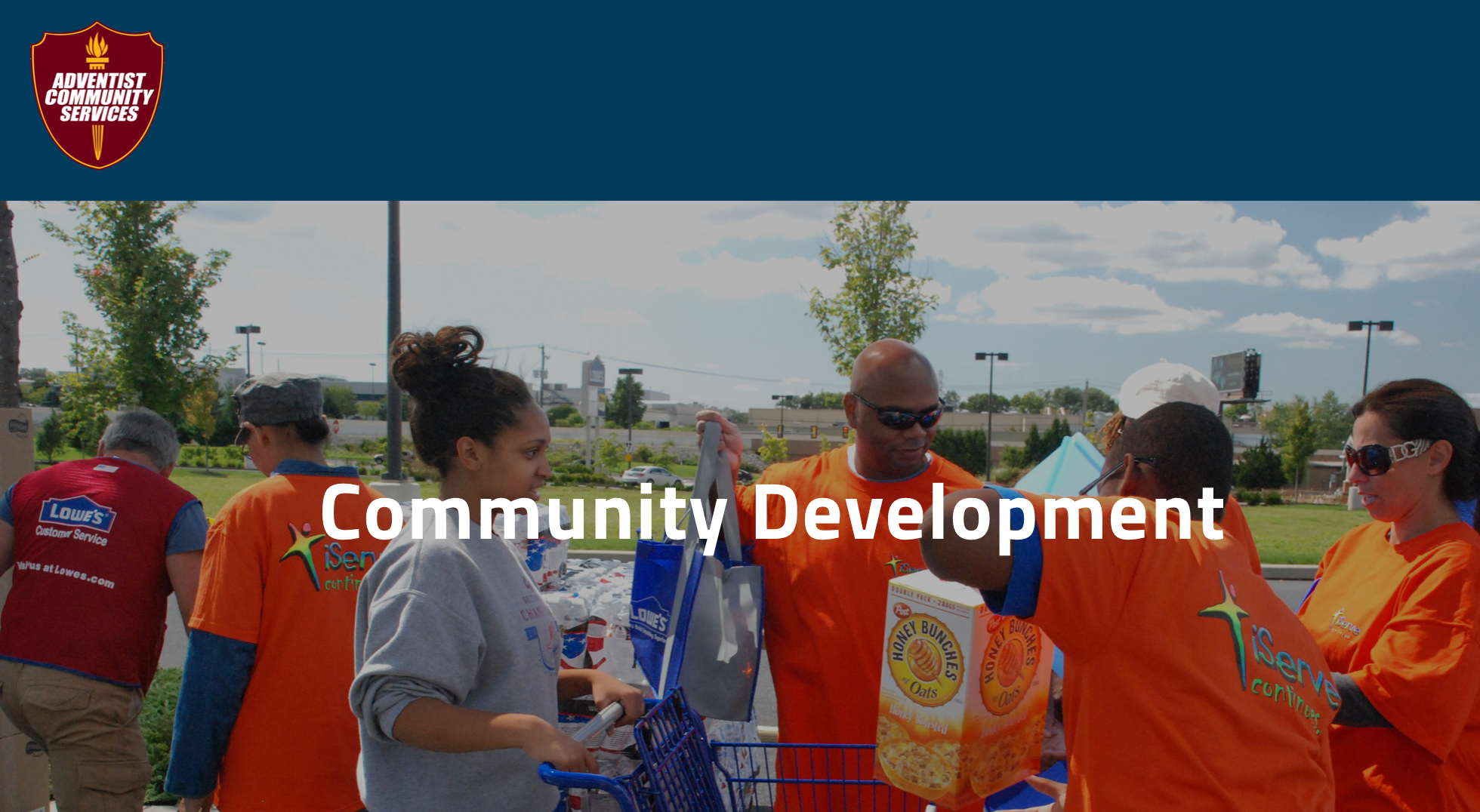 We offer food and meal packets, some selected articles of clothing, and a friendly space to fellowship in service to the community. We accept volunteers willing to give time to this needy cause. You may join us on any Tuesdays and Thursdays from 11am to 1pm.

What does ACS Tutoring & Mentoring Program do?
ACS Tutoring & Mentoring Program mobilizes voluntary, charitable organizations to meet the learning needs of America's children and youth, particularly those living in low-income households, single-parent families and neighborhoods where violence and other factors not conducive for learning exist.
Who are ACS Tutoring & Mentoring Program Partners?
ACS Tutoring & Mentoring Program works in partnership with Adventist churches and leaders, public and private schools, colleges and universities, public libraries, civic organizations, community residents and volunteers to organize and develop literacy and mentoring programs for at-risk children. It also partners with America's Promise-The Alliance for Youth, a national initiative to nurture young people.
How is ACS Tutoring & Mentoring Program Effective?
ACS Tutoring & Mentoring Program provides early intervention in the lives of disadvantaged children and youth who face learning challenges by supplying individual support, care and guidance that can help them achieve academic success. By cultivating trustworthy relationships, the tutor and/or mentor serves as a medium for the child to receive the resources necessary for their physical, mental, emotional and spiritual growth.
What services are provided?
ACS Tutoring & Mentoring Program provides educational services to children and at-risk youth through: Tutorial Sites - programs accessible to children of all ages regardless of race, language, gender, or religious affiliation that are dedicated to developing their learning skills. English as a Second Language classes - courses where instruction is given to young and adult learners who speak limited English. Computer Training - courses that provide instruction for how to use computers and enhance professional skills and development. Mentoring Programs - training that provides youth with positive support to achieve high levels of personal development as they go through the stages of life.
What is the history of the ACS?
In 1879, the Seventh-day Adventist Church officially named the “Dorcas Society” as its community outreach program. It was named after Dorcas, a believer with a passion to serve others. Her story is found in Acts 9:32, 36, 39 in the New Testament. The Dorcas Society consisted of groups of women who met frequently to provide clothes, food, and/or money for families in the church or the immediate community who had temporary needs. Later, several churches wanted to involve men and started the idea of a co-ed Good Samaritan Society (General Conference Sabbath School, 2008). By 1953, the General Conference of the Seventh-day Adventist Church broadened the concept of service to address an increasingly urbanized society. This new organization was named “Health and Welfare Services by Seventh-day Adventists.” In 1956, with the purpose to strengthen Adventist church relief efforts, it became the Seventh-day Adventist Welfare Service (SAWS). As a result, SAWS expanded into a domestic and international Adventist church-organized community program. By 1972, Adventist Community Services became the official humanitarian agency of the Adventist church in North America. In 1973, SAWS program was renamed the Seventh-day Adventist World Service. Ten years later in 1983, it became Adventist Development and Relief Agency International (ADRA), expanding its services beyond the United States and Bermuda. Upon review in 2005, ACS International was reinstalled under the General Conference Sabbath School and Personal Ministries Department to focus on Adventists in community services and outreach ministries program (General Conference Sabbath School, 2008).
How is ACS Community Development/Urban Ministry Program Effective?
ACS CD/UM Program makes services accessible to communities by locating in the heart of neighborhoods and becoming familiar with residents to nurture their hope, self-value and ability to succeed. It addresses problems that plague urban areas like drugs, violence and crime and organizes individuals into community protection and empowerment groups through innovative methods. Services Provided: Food Pantry services; Clothing Services; Housing Assistance; Substance abuse awareness and prevention training; Addiction Treatment and Counseling; Medical and Health Care Services; Crisis Intervention and Emergency Assistance; Domestic Violence Services; Family and Parenting Counseling; Teen outreach pregnancy services; Homeless shelters; Tutoring and mentoring programs; Job skills training,; and much more!

You may learn more about our Service to the global community here or get in touch with us at our site in White Plains by clicking HERE. 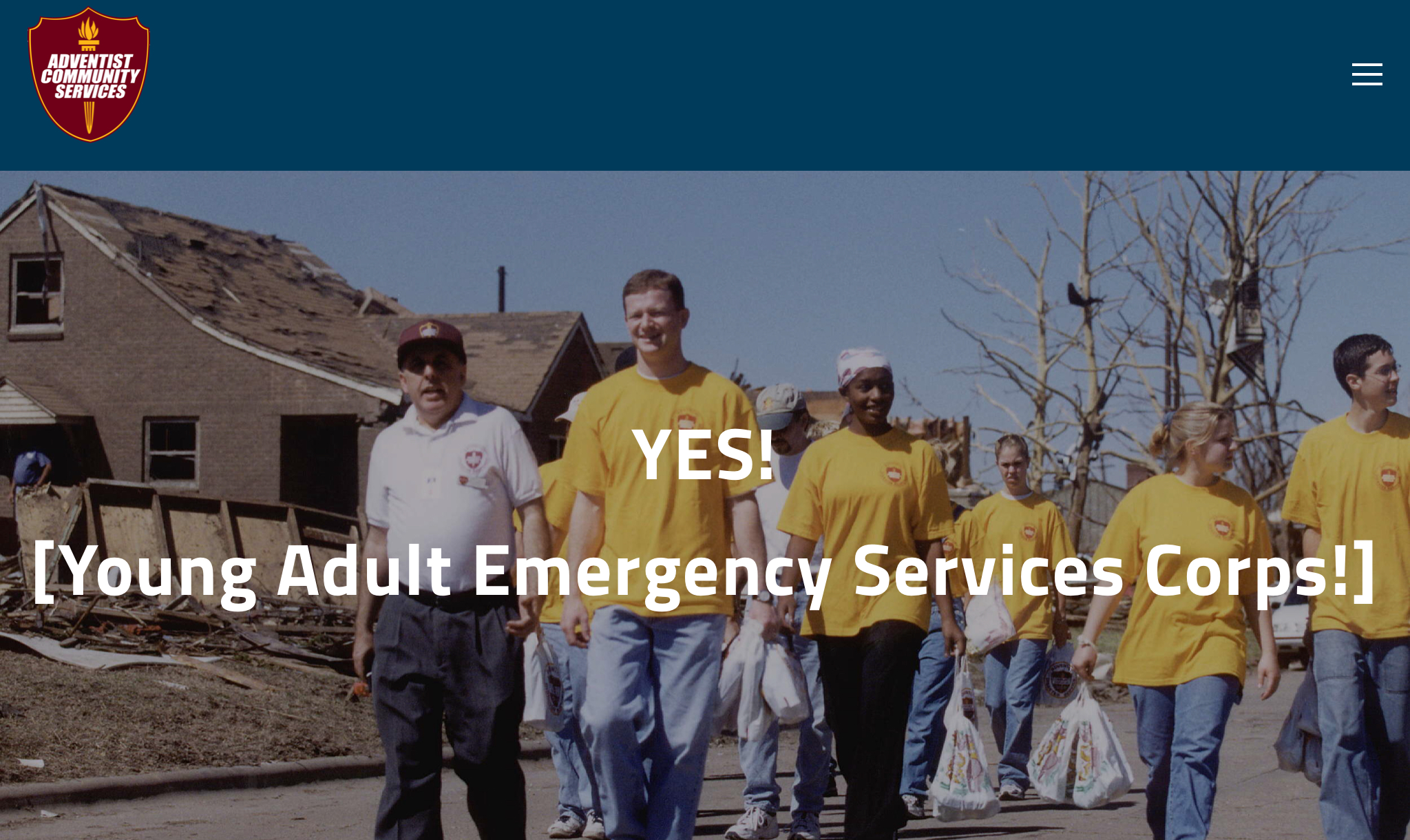 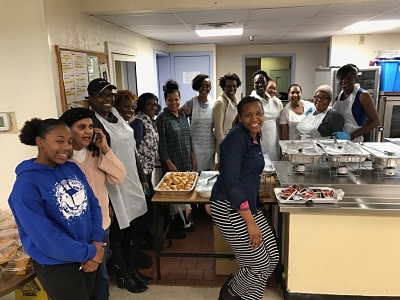 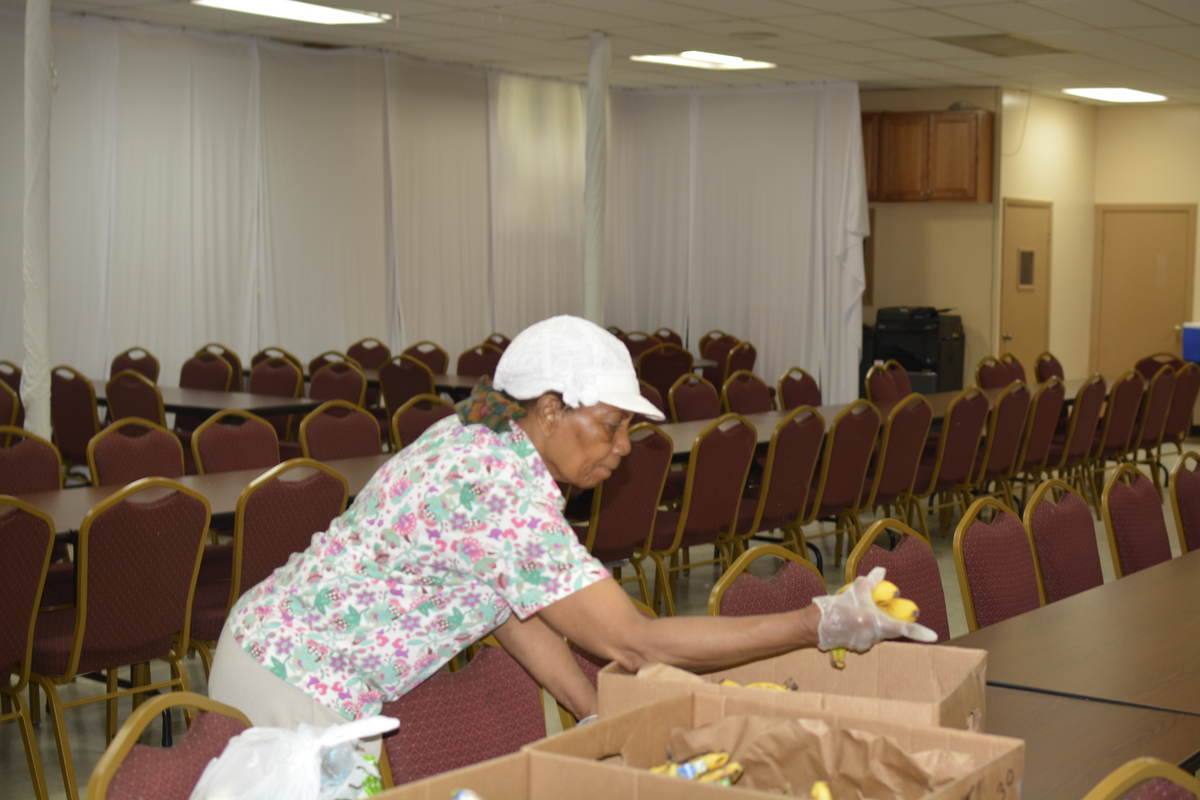