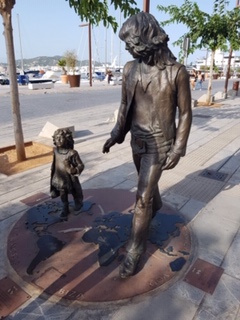 Introduction
On one hand, the Nominating process in a local church can be a very calm, democratic, fair and highly spiritual occasion of trust and confidence in God’s leading through the unknown. On the other hand, it can be a very tense, highly politicized and emotionally disruptive period which often brings to light, unethical and un-Christlike behavior on the part of some who participate in destructive criticism in church, in their homes, over the phone, or on the social media.

Problematic
In general, many people have come to believe “hearsay” about the nominating process from leaders and members without any verification of how truthful their declarations are. Hence, many members are ignorant of the principles underlying the nominating process. Each member of the church is responsible for reading the Bible and the Church Manual (www.adventist.org) and the leaders are responsible for explaining them.

Trusting the Process
When the recommendations for the composition of the Organizing Committee are voted by the Church, it is the result of a democratic, fair and impartial process. In the process, which the Church adheres to, the results are not always what one desires. When the nominating process is administered with proper ethical guidelines, praying, singing and consecrating oneself to God, so that He may lead in the process, then one must trust the process. A fair process is democratic, non-discriminatory and absent to verbal influences in favor of one or the other. If there are no factual reasons for mistrust, then one must trust the process. There is no other way for the faithful!

Giving remarks and objections
When remarks are being taken during the nominating process (Church Manual, p. 113), it is legitimate for a member to voice their concern, and in this matter, it is to be voiced to the Organizing Committee in person. Some members are unaware that they need to present themselves in person. The Organizing Committee takes into consideration all remarks at the appointed time and takes a decision to adjust or not to adjust the list of nominees. Again, some members are ignorant to this fact and feel that because they make remarks, the Committee has to comply.

Members are required to maintain their spiritual dignity by not making false accusations or defaming the personal integrity of any nominated member. “Trivial or groundless objections to any name should never be made, but if there are serious reasons that any nomination should be changed, these reasons should be stated to the nominating committee” (p.113). Objections have to be factual and the name of the person in question has to be stated. It is un-Christlike to declare someone unfit to be in a Committee and not provide the evidence. This can be seen as slanderous by insinuation, unethical and a lack of spiritual responsibility, with the potential to undermine the integrity of the whole Committee. If the Organizing Committee complies with unsubstantiated demands, then the Organizing Committee fails to guarantee a democratic and Spirit-led process.

Misunderstood statement
The following statement is often misunderstood and therefore misused: “The effort of one individual or a small group to dictate to the entire membership is disapproved” (p.110). While the statement is within the context of floor nominations for the Organizing Committee, many have misused it to challenge the composition of the nominating committee by claiming that any friends, or family members on the given committee represent a group. This is an incorrect interpretation of the text.

Examples of Biblical nominations
In the Old Testament, God handpicked different members of the same household to undertake responsibilities in the temple. The book of Chronicles confirms that Kings David and Hezekiah were following God when they reorganized and upheld the music ministry in the Temple and chose family members to lead” (1 Chron. 6:16, 17; 9:33, 34; chaps. 15, 16, 23-26; 2 Chron 29:25). Saul was rejected by God, and David took his place on the throne (10:13). David was blessed and successful. David’s choices were despised by Michal, Saul’s daughter (15:29) despite God’s leading. So Michal was jealous of David who was now sitting on what was once her father’s throne. Do you see how easily a highly spiritual process led by God can be seen through the eyes of personal dissatisfaction, political grudges and envy? Sometimes, even when God does his own nomination, there is dissatisfaction.

In New Testament times, among the twelve disciples chosen by Christ, Simon Peter and Andrew were brothers and James and John were brothers, the sons of Zebedee (Matthew 10:2-4). God gave the ministry of prophecy to the four daughters of Philip, the Evangelist (Acts 21:8, 9). The fact that members of a group are of the same family, of itself cannot be considered as unfair.

Conclusion
It is incumbent on the Chairperson of the committee to protect the integrity of all members and to guarantee as within the Chair’s power, an ethical, democratic, fair and spiritual process. The Chairperson guides according to the principles and standards of the Church Manual and the Bible. The Church is in God’s hands and He is in full control. It is unethical and misguided for the Chairperson or anyone to make unfounded judgments on individuals or on a process. Whatever the result, we must let God do his work and trust his democratic process.

We may all have concerns and anxieties around the nominating process. I would encourage you not to be afraid. Let us trust that God is able through this process, to guide the committee into making the right decisions. Let us earnestly pray for each member to fully surrender to the leading of the Holy Spirit.